Building a pipeline of leaders equipped to transform early education.

The Saul Zaentz Fellows Program is designed for exceptional students invested in early childhood education who enroll full-time in HGSE’s Master’s (Ed.M.) Program, which prepares leaders for roles in education policy and practice.

The fellowship was established in response to the urgent need for exemplary leaders in early education. Designed for those with a background and interest in early education policy, practice, and research, the Zaentz Fellows Program provides co-curricular programming, networking events, and mentoring while the cohort is on campus. After they graduate, Zaentz Fellows remain part of a community that is committed to promoting strong early learning environments and experiences.

To learn more about the fellowship experience and application process, please view the informational webinar here.

Zaentz Fellows in the Ed.M. Program receive an award package covering half of HGSE’s tuition.

The ideal applicant demonstrates a strong commitment to a career in early education. We also look for an outstanding academic record and at least three years of direct work experience (paid or as a volunteer) in early education broadly. Preference is given to candidates who demonstrate financial need as determined by the HGSE Financial Aid Office.

As part of the HGSE Ed.M. application, those interested in the fellowship will be prompted to submit a statement describing their work and goals. Be sure to also complete the HGSE Financial Aid Application and the FAFSA. Learn more about applying to HGSE and upcoming information sessions about the Saul Zaentz Fellows Program.

Madeline Connors is an Ed.M. candidate at the Harvard Graduate School of Education in the Education Policy & Management program. Before coming to HGSE, Connors was a special education teacher at a charter school in Buffalo, NY. Additionally, she was a content specialist for Teach For America, where she provided ongoing professional development to a group of new special education teachers. Connors also supported research and communications efforts with Buffalo Promise Neighborhood. Connors holds an A.B. in History & Literature from Harvard College and a Masters of Science in Childhood Education from Canisius College.

Daniel Haack is an Ed.M. candidate in the Technology, Innovation, and Education Program at the Harvard Graduate School of Education. After beginning his career in advertising, Haack joined JibJab Bros. Studios to lead marketing and product for the children’s educational media brand StoryBots. His work has included overseeing the launch of StoryBots Classroom, a free platform for educators, as well as the premiere of the Netflix series Ask the StoryBots. As a producer of StoryBots’ digital products, Haack won a Daytime Emmy Award and was a Webby Award nominee. Haack is also the author of the children’s picture book “Prince & Knight” and co-author of “Maiden & Princess,” both published by Little Bee Books. He has been interviewed by HuffPo, GLAAD, Channel 4 News and more, and most recently spoke about children’s streaming television at the Media Industries Conference in London. He attended Ithaca College as a Park Scholar and graduated summa cum laude with a B.S. in integrated marketing communications.

Juliet Menz is a candidate for an Ed.M. in the Technology, Innovation, and Education program. Prior to attending the Harvard Graduate School of Education, Menz worked at Sesame Workshop, the non-profit organization behind “Sesame Street”, where she assisted in developing and producing original children’s programming for various platforms including YouTube, HBO, and Apple. She comes to HGSE with an interest in exploring the potential uses of emerging technologies to enhance educational media experiences for preschoolers.  Menz holds a B.A. from New York University with a concentration in Children’s Media and a minor in the Business of Media, Entertainment, and Technology.

Tomi Okuyemi joins the Harvard Graduate School of Education as an Ed.M. candidate in the School Leadership Program. Prior to her time at HGSE, Okuyemi was an elementary school classroom teacher in racially diverse, special-education inclusive settings. During her years as a teacher, Okuyemi designed and led workshops to help educators and administrators integrate anti-bias education into schools. Okuyemi also worked as a teacher development coach and supported schools with recruiting teachers of color. Currently, Okuyemi serves as a fellow with Harvard’s Reimagining Integration: Diverse and Equitable Schools Project. Okuyemi holds an Ed.M. in Childhood General and Special Education from Bank Street College in New York City, and a B.A. in Psychology and Women’s Studies from Saint Louis University in Saint Louis, MO.

Casey Peeks is a candidate for an Ed.M. in the Education Policy and Management program at the Harvard Graduate School of Education. Prior to her studies, Peeks spent four years teaching kindergarten. She began teaching as a Teach for America Corps Member in St. Louis, MO and spent the past two years as the founding kindergarten teacher at KIPP Bridge Academy in Oakland, CA. Before teaching, Peeks worked at both the U.S. Department of Education and Center for American Progress. Inspired by these experiences, Peeks wishes to improve access to early childhood education that promotes social emotional development in underserved communities of color. Peeks received her B.A. in Political Science and Communication & Public Service from University of Pennsylvania.

Brian Radley is a candidate for Ed.M in the School Leadership Program at the Harvard Graduate School of Education. Most recently, Radley worked on the Teacher Preparation Team at Teach For America-Massachusetts where he helped to redesign new teacher programming for incoming corps members. Prior to working at Teach For America, Radley was a founding teacher, and later assistant principal, at a charter school in Boston. He also taught 3rd grade in a bilingual program in New Haven Public Schools. Radley became interested in early learning while working with a research project analyzing the “fade-out effect” on Boston-area preschool students. Radley hopes to join an emerging group of school leaders that improve and expand quality early learning in public schools.

Thelma Ramirez is pursuing an Ed.M in the Prevention Science and Practice Program at the Harvard Graduate School of Education. Most recently, Ramirez served as the Program Director for the Oklahoma Serves AmeriCorps program, where she partnered with 21 non-profit agencies throughout the state of Oklahoma to increase academic engagement through in- and out-of-school programming which included arts education, equestrian therapy, academic tutoring, and mentoring. Prior to her work with AmeriCorps, Ramirez oversaw a home-based parenting education program that supported families with prenatal to five-year-old children. She now provides trainings to home visitors as a certified Infant Family Specialist (II) and Strengthening Families Protective Factors Framework certified trainer. Ramirez has a A.B. in sociology from Princeton University.

Carly Riley is an Ed.M. candidate in the Specialized Studies Program at the Harvard Graduate School of Education. For nearly a decade, Riley served as a Public Montessori educator, coach, academic advisor, and most recently an instructor and the director of a nationally accredited Montessori teacher training program. Riley plans to study equitable organizational and leadership strategies and inclusive teacher development models while at HGSE. She earned a B.A. in Early Childhood Education, an Early Childhood Montessori Diploma through the American Montessori Society, and is a state licensed teacher in both Illinois and Tennessee.

Maggie Waldner is a candidate for an Ed.M. in the Learning and Teaching Program at the Harvard Graduate School of Education. Prior to her studies, Waldner was a Kindergarten teacher and 2014 Teach For America corps member in New York City. During her years in the classroom, Waldner worked with the Relay Graduate School of Education, TFA New York, and the Bay Area Discovery Museum to create an engineering preservice teacher course for early childhood educators. She is also a member of the 100Kin10 Teacher Forum, through which she works with other educators to help guide the conversation around quality STEM education nationally. Waldner is passionate about disrupting systems of inequality and oppression from inside the classroom and preserving student-driven, exploratory curriculum in a world of high-stakes testing. Waldner holds an MAT in Early Childhood Education from the Relay Graduate School of Education.

Fellows in the Field 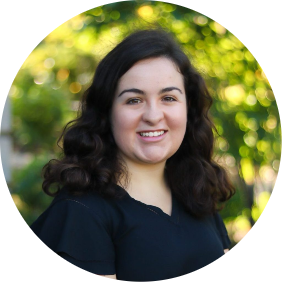 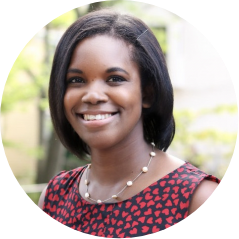 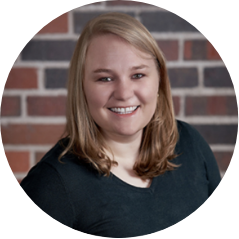 Building Bright Futures serves as Vermont's State Advisory Council on early childhood issues for the legislature, Governor and Administration. Their work includes monitoring the wellbeing of young children and their families in the state (prenatal to age 8) and focuses on physical and mental health, early childhood education, economic security, etc. Anna’s role includes monitoring legislation and testifying related to early childhood bills, project managing systems-oriented grant work for the state (ECCS through HRSA) and supporting the work of our early childhood strategic plan committees and State Advisory Council (similar to a children's cabinet).

Casey supports the development of legislation in early childhood education & child welfare and provide technical assistance to Democratic Committee and Member offices. Additionally, she researches the issues in her portfolio and prepares written materials and legislative analysis.

Megan strategizes with her team to create programs that support childcare providers in Denver. She writes grants, develops and maintains relationships with partners, supervises a leadership team, supports implementation of projects, and participates in local and state policy discussions. Currently, she is facilitating the planning process among systems partners to roll out Universal Pre-K in Denver.

Thank you for expressing interest in the Zaentz Early Education Initiative. We want to send you the resources and organizational news that means the most to you, so please take a moment to tell us a little more about yourself. We'll be in touch soon!